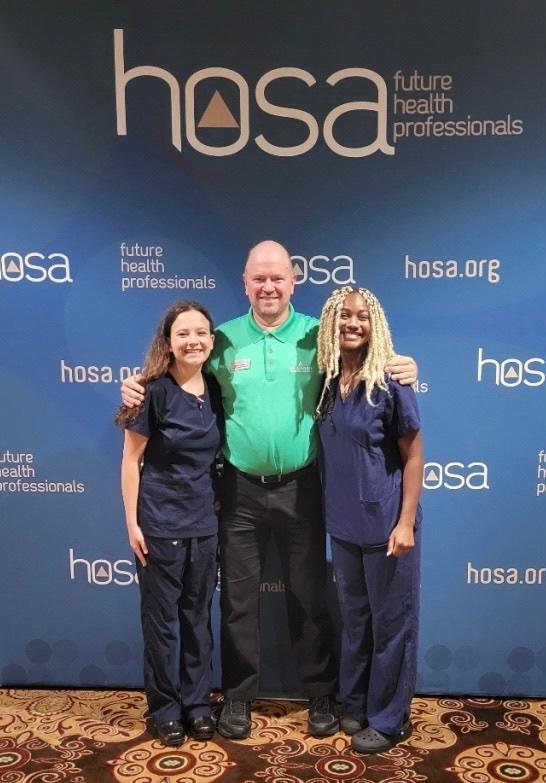 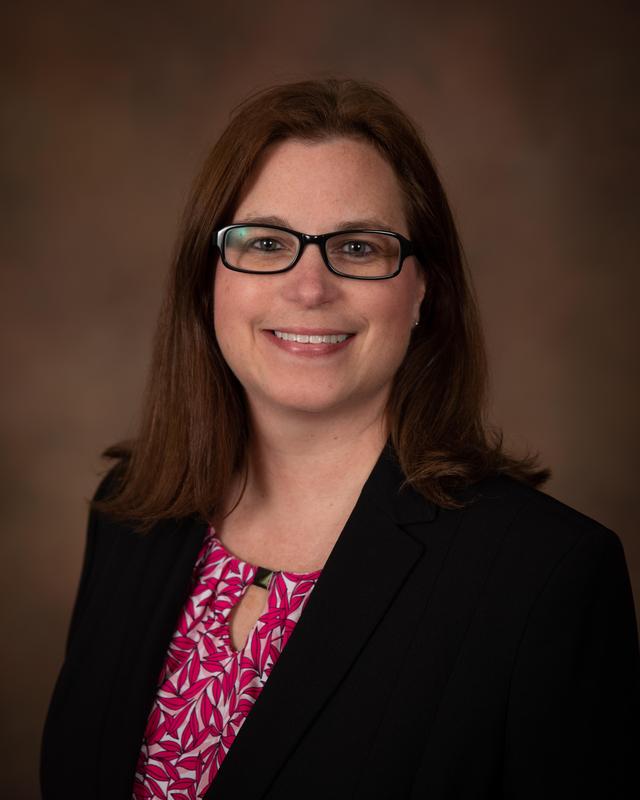 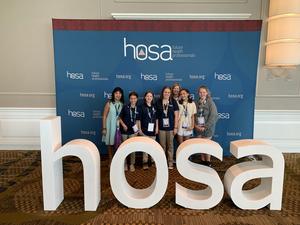 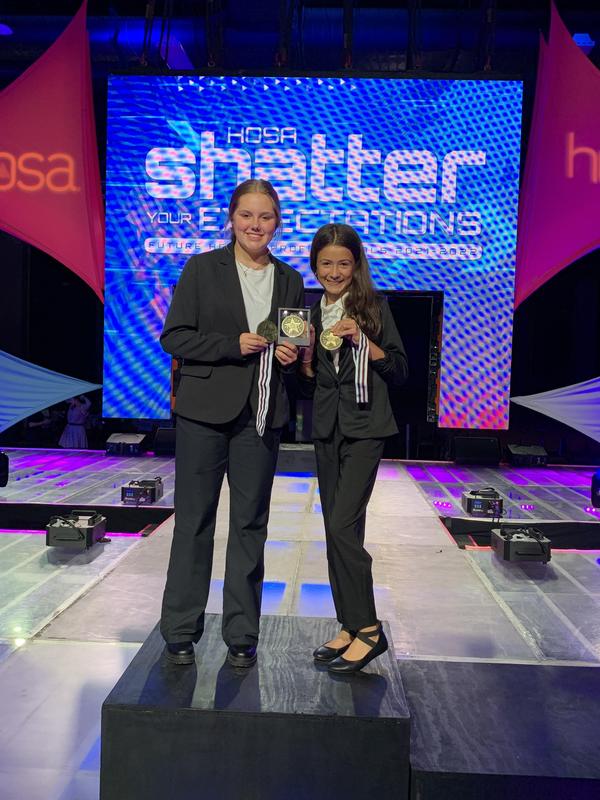 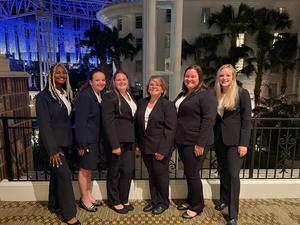 MAMS and MAHS students recently took off to Nashville, TN to compete at the 45th Annual HOSA International Leadership Conference! Read the full press release to see how they did!

Mount Airy City Schools (MACS) may be a small district in North Carolina, but when it comes to the success of its HOSA Future Health Professionals program, the impact is large! In June, Mount Airy Middle School (MAMS) and Mount Airy High School (MAHS) HOSA students recently attended the 45th Annual International Leadership Conference (ILC) in Nashville, TN. Students competed in various events, earned recognition, and walked across the stage in front of a crowd of nearly 11,000. Chapters were represented from all over the United States as well as from China, Korea, Puerto Rico, and other countries.

HOSA operates within the Career and Technical Education programming offered at MAMS and MAHS. Jennifer Epperson, a Registered Nurse, has served as the HOSA advisor at the middle school since 2017 when she chartered the chapter. Lynn Snow, a Registered Nurse and Certified Pharmacy Technician, has served as the advisor for MAHS students since 2004  Both advisors have been attending regional, state, and international conferences for several years as students and the schools’ chapters have a history of success in competing.

They have also served as health science educators who have built relationships with students, created awareness of health occupations, and provided experiences through local partnerships. MACS HOSA programs are known on the local, state, and national levels thanks to their dedication. Each year students gain valuable skills through participating in health science education and HOSA. Several graduates of MAHS are contributing members of the health care community such as physicians, physical therapists, speech therapists, athletic trainers, registered nurses, and more.

To earn a spot at the ILC, students had to finish in the top three for their event at the State Leadership Conference that took place in the spring.

The MAMS HOSA Chapter has had winners at the international level every year since 2017, except for one. That year the school had a top 10 finisher. For the past three years, the chapter has had a first place finisher. Abby Epperson finished first in Health Career Preparation in 2020 and 2021 while Sidney Kate Venable and Ariel Orozco-Willis earned first in Health Career Display for 2022.

MAMS HOSA received a Certificate of Merit for raising and donating $500 to Be the Match which is the HOSA National Service Project.

Jadee Gilley received a gold award for her Barbara James Service Award for 250 hours of community service over the past year.

MAHS HOSA received a Certificate of Merit for raising and donating $750.00 to Be the Match which is the HOSA National Service Project.

Daniel Combs, RN, BSN, EMT-P, Staff Development & Student Programs Coordinator at Northern Regional Hospital (NRH), attended 2022 HOSA ILC and served as a judge for three competitive events. Not only did he judge, but he shared his time and expertise with students to help them prepare for competition. The support of NRH, Combs, and Hope Lineberry, who also helped prepare students, displays the phrase, “it takes a village.”

At the end of June, Epperson accepted a new role as Executive Director of HOSA for North Carolina. Amy Shough has been named as the 2022-2023 MAMS health sciences educator and HOSA advisor.